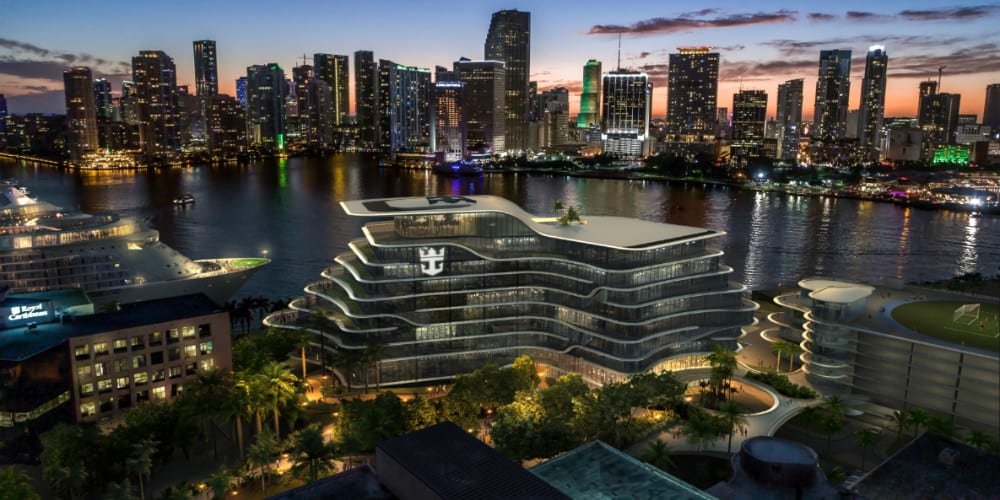 Royal Caribbean has made one of the largest deals ever with PortMiami to expand its operations, including a new terminal.

The 50-year deal, signed on Tuesday, will bring in about $2.8 billion for their local economy and includes development, a lease agreement, jobs, and increased visitors to the port.

The main feature of the agreement is the brand new terminal, Terminal G. It will be dedicated to Royal Caribbean International and its sister brands and includes a 36-year lease. Terminal G is an older cruise terminal used by Royal Caribbean when Terminal A is being utilized. Royal Caribbean will also share another terminal with MSC Cruises that will be completed by October 2028.

Construction will also resume on Royal Caribbean’s new global headquarters. Plans to expand and renovate began in May 2019 but were halted in May 2020 due to the pandemic. They will also extend its lease through at least 2072.

It is expected the agreement will bring in about $2.5 billion from the new Terminal G usage, $260 million from the headquarters lease and generate 12,000 permanent jobs. This will include roughly 1,000 positions with Royal Caribbean that will pay average salaries of more than $100,000. Construction will generate approximately 9,600 jobs which will increase the economy in the Miami-Dade area as well.

Part of the agreement is that Miami-Dade will finance most of the remaining cost of the project. In return, Royal Caribbean has promised a “minimum annual guarantee” from 600,000 to 1.5 million passengers per year once the terminal reaches completion in 2027. Since Icon of the Seas, Royal Caribbean’s new mega-ship, will homeport from Miami beginning in 2024, this is a reasonable goal to meet and exceed.

After completion in 2027, the cruise line is guaranteeing 2.1 million passengers yearly on top of the 1.5 million they already move through Terminal A annually.

If you wondered if PortMiami was the world’s busiest passenger cruise port, wonder no more.