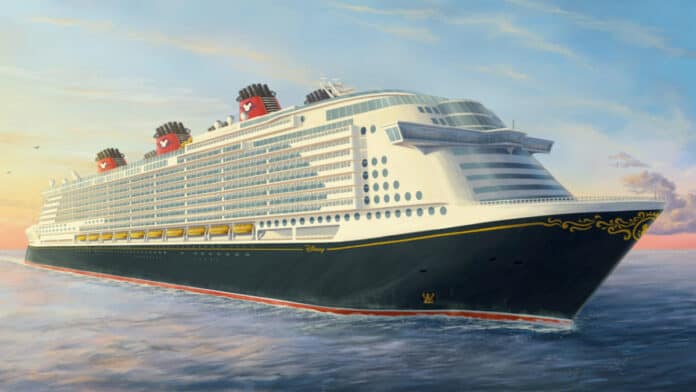 Disney Cruise Line Has Done It

Disney Cruise Line has confirmed that they have purchased the partially finished Global Dream.

The Global Dream was owned by Genting Hong Kong which had to declare bankruptcy due to the pandemic. This left the 19-story ship sitting in the Wismar shipyard in Germany unfinished.

Rumors had swirled for months regarding the fate of the vessel with the Disney Cruise Line purchase being the loudest rumor which is now validated. Disney Cruise Line confirmed the “acquisition of a partially completed ship that will bring the magic of a Disney Cruise Line vacation to new global destinations” today. It will “feature innovative Disney experiences along with the dazzling entertainment, world-class dining, and legendary guest service that set Disney Cruise Line apart.”

The 208,000 gross-ton cruise ship holds 6,000 passengers at double occupancy and is expected to have its maiden voyage in 2025. It will be renamed for Disney Cruise Line, and include its iconic Mickey Mouse colors and signature red funnels just like its other ships.

While a purchase price has not been disclosed, it is certain that Disney purchased the ship at a bargain price. Disney Cruise Line will also continue to partner with Meyer Werft to finish the construction of its newest ship. Meyer Werft is the same shipyard that constructed the Disney Dream, Disney Fantasy, and Disney Wish, and this partnership ensures employment for hundreds of workers at the shipyard.

It is expected the ship will be based outside of the United States, but itinerary details have not been revealed.

“Our cruise ships give us the unique opportunity to bring Disney magic to fans no matter where they are, and the addition of this ship will make a Disney Cruise Line vacation accessible to more families than ever before,” said Josh D’Amaro, chairman, Disney Parks, Experiences and Products.