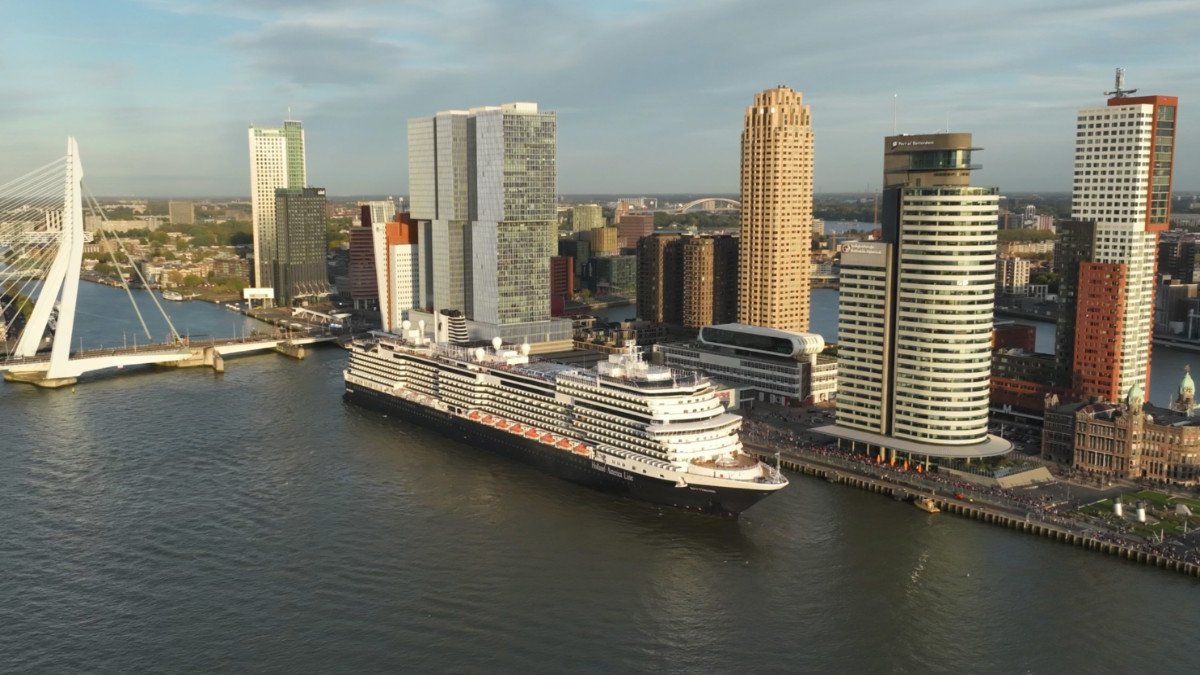 This voyage follows the maiden voyage of Rotterdam I on October 15, 1872.  The 15 day voyage departed from Rotterdam, the Netherlands and will sail to New York City with ports in Le Havre, France and Plymouth, England before heading into the North Atlantic.

Fans were invited to a sailaway party which recreated departures from centuries ago when ships were sent off with fanfare. There were fireboat’s spraying water and a flotilla from a local yacht club along with souvenir handkerchiefs which were given to revelers to wave.

“Today is historic for our brand as we depart 150 years to the day that Holland America Line’s very first ship began its journey to New York,” said Holland America Line President Gus Antorcha. “In that time, we’ve carried immigrants and cruising vacationers, soldiers and refugees and earned a reputation for extraordinary care and welcoming all those guests as if into our own homes. As we sail into our next 150 years, that environment of service will be our hallmark as we create exceptional experiences for guests around the world.”

Dignitaries from the city and port joined Antorcha in the sendoff ceremony that honored their shared history.

While onboard, guests will enjoy memorable programming, culinary recreations of the past and exclusive entertainment. On October 26, the festivities will continue when guests are able to see a specially commissioned performance on the World Stage by past and present Lincoln Center Stage performers during the overnight call at New York.

If you missed the fanfare and are looking for another chance, you can join Holland America Line again on April 6, 2023 for the 150th Transatlantic from New York to Rotterdam which disembarks on April 18, the cruise line’s 150th birthday. No doubt there will be another celebration that day as well.