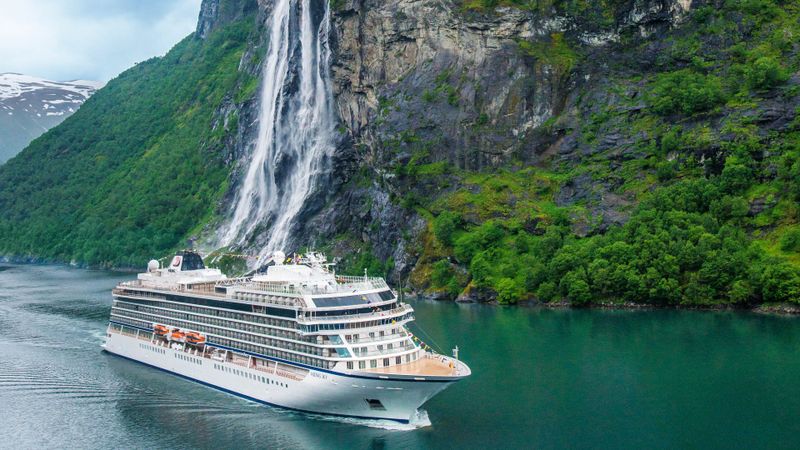 Torstein Hagen, Chairman of Viking, said, “Today is a proud day for the entire Viking family as we name our newest ocean ship in Los Angeles, the home of Viking’s U.S. office for more than 20 years. The Viking Neptune is a ship named for both the furthest planet in our solar system and the god of the sea—and our newest Viking godmother, Nicole Stott, as a NASA astronaut and aquanaut, also has connections to space and the sea. We are grateful for her many contributions to the scientific community and are proud to have her as part of the Viking family.”

Godmother of Viking Neptune, Nicole Stott was presented with an historic Viking broad axe by Sissel Kyrkjebø. Not only is Kyrkjebø one of the world’s leading crossover sopranos, but she is also the godmother of Viking Jupiter and she used the same axe when naming that ship in January 2020. Stott used the axe to cut the ribbon which allowed a bottle of Norwegian aquavit to break on the ship’s hull to finalize the christening.

“It is an honor and privilege to be the godmother of the new Viking Neptune. As someone who has been blessed to explore space, the ocean, and some of the otherworldly places on our planet, I understand the importance of broadening one’s horizons through travel. I am very excited for all those who journey around the world on this elegant vessel,” said Nicole Stott.

The voyage embarked from Fort Lauderdale on December 22 and has already visited ports in Mexico, Columbia, Panama, Costa Rica and Nicaragua and ends in London on May 8, 2023.