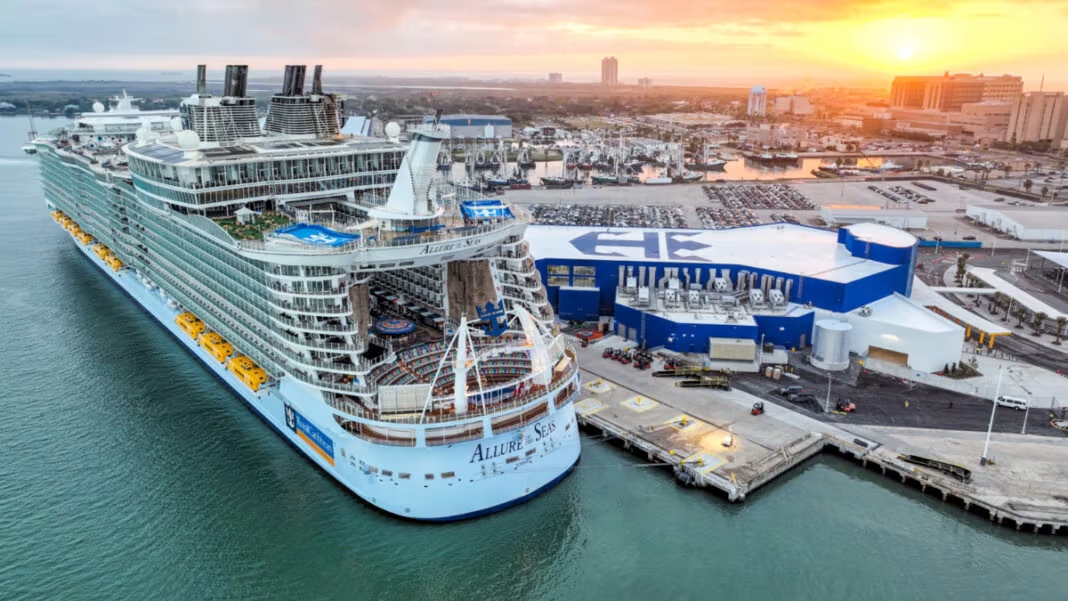 The cruise line’s state-of-the-art terminal also welcomed its largest cruise ship, Allure of the Seas, to her new home port with much celebration. Royal Caribbean executives, government and port officials, Mayor Craig Brown, U.S. Representative Randy Weber, and other special guests were there to celebrate the occasion.

Construction began on the new terminal just one year ago and offers employment for about 800 people. The terminal is expected to bring in over a billion dollars in local business revenue and over five million dollars in state and local taxes.  Royal Caribbean is able to welcome about 630,000 cruisers per year.

President and CEO of Royal Caribbean International Michael Bailey said, “We are thrilled to take family vacations to a whole new level in Texas. Our new 160,334 square-foot terminal opens up a world of vacation possibilities for families in the southwest. Now our unmatched Oasis class ships, known as the best family vacations in the industry, can sell from Galveston. Allure of the Seas is just the beginning and we thank the port of Galveston, Ceres, and all the teams involved for making this bold vision a reality.“

The facility is a zero-energy terminal powered only by onsite solar panels and is expected to become the first in Texas to receive LEED Gold certification. This is in alignment with Royal Caribbean Group’s environmental goals which also include Destination Net Zero, a decarbonization strategy that looks to achieve net zero emissions by 2050.