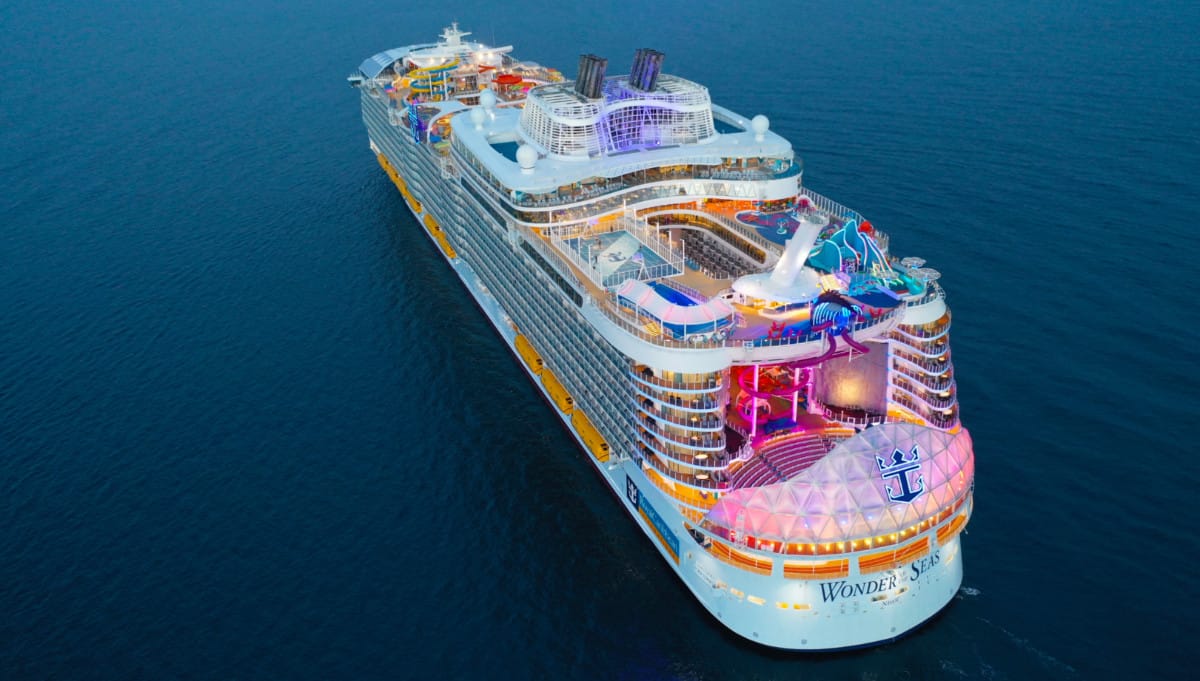 Royal Caribbean has announced the godmother for Wonder of the Seas.

Typically cruise lines will choose a celebrity as godmother of a new cruise ship, but not this time. This time Royal Caribbean held a Wonder Mom contest, and named Marie McCrea as Wonder of the Seas godmother. She was  nominated by her daughter in Royal Caribbean’s #SearchforWonderMom contest. The contest was held on TikTok and more than 16,000 videos were submitted. Mrs. McCrea was chosen as the winner.

She will do the honors of blessing Wonder of the Seas on December 9 during her naming ceremony. The ceremony is to be held in the ship’s homeport of Port Canaveral, FL.

Royal Caribbean is also giving Marie and her family a 7-night Caribbean cruise. They will stay in the Ultimate Family Suite, have 5-star hotel accommodations, first-class flights, and spending money.

Marie McCrea, a Pennsylvania resident, is a mom, wife and cancer survivor. The cruise line said she “overcame adversity with incredible strength, and at the center of her story are the memories she inspired and made with her family through it all.”

Royal Caribbean International President and CEO, Michael Bayley stated, “The search for such an inspiring mom who embodies the spirit of Wonder of the Seas was anything but easy. Marie and her family have a heartening and encouraging story that made us cry and rejoice and hopeful, and throughout it all, she inspired wonder and adventure in those around her.”

Top submissions were considered by a Royal Caribbean panel before McCrea was chosen for the honor. McCrea said it was a tremendous honor to be chosen. “I am so excited to have the opportunity to serve as the godmother for Wonder of the Seas,” she said.

The Wonder Mom finalists and their families have been invited to sail on Wonder of the Seas to honor them as well. Via