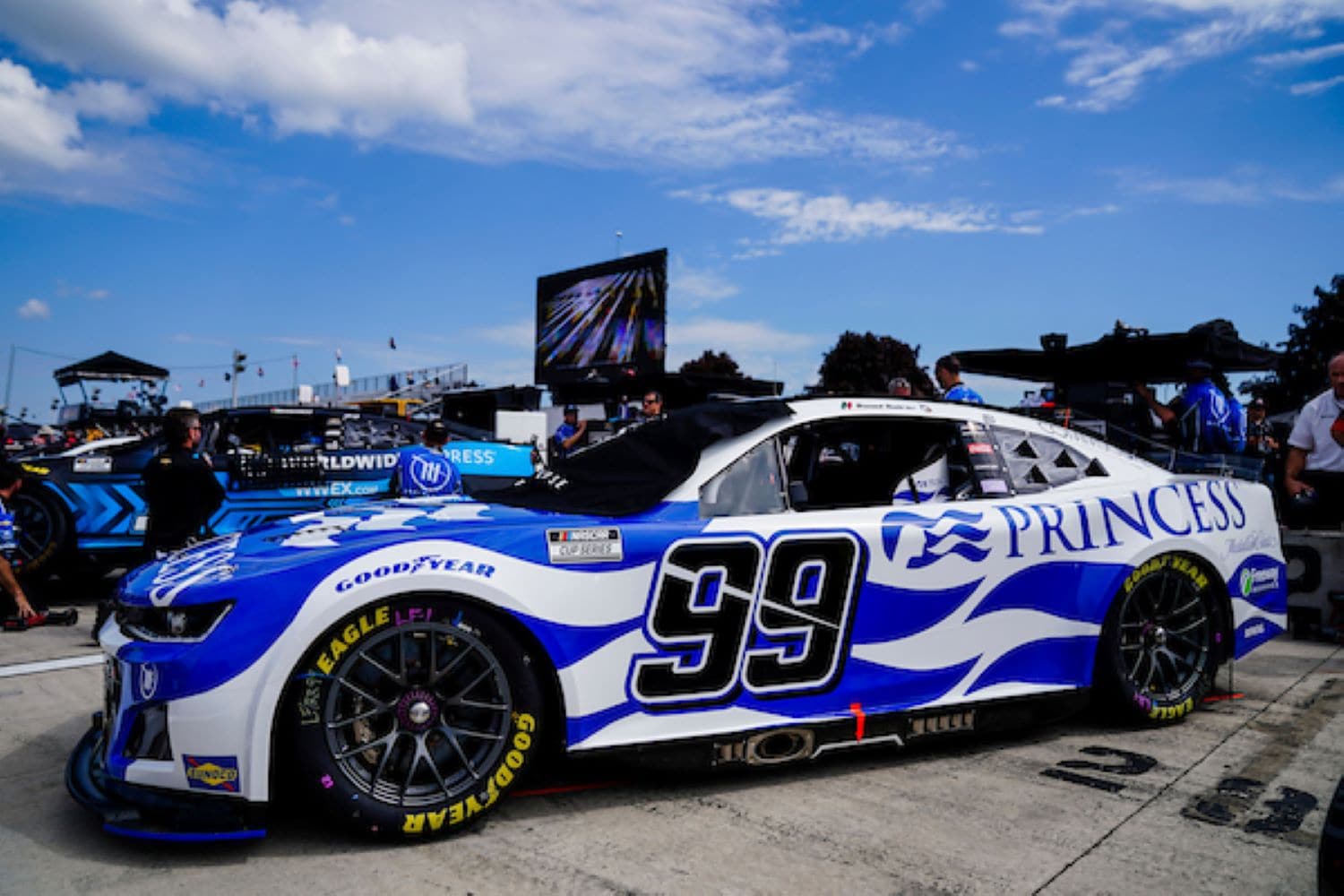 Apparently, NASCAR’s Daniel Suárez would rather be cruising as well!

Princess Cruises has partnered with Trackhouse Racing as the primary sponsor of Suárez’s No.99 Chevrolet Camaro at two of his upcoming races.

Additionally, Princess Cruises and Trackhouse Racing will be rolling out a program in the coming weeks that will allow NASCAR fans to travel its ships around the world!

“We are proud to partner with Trackhouse Racing and enter the NASCAR world. Trackhouse has been one of the most exciting and interesting teams, we appreciate and applaud Daniel and Ross’s impressive success and we look forward to showing NASCAR fans the exceptional vacations Princess Cruises offers. We have a lot of plans that we think NASCAR fans are going to really like.”

Trackhouse Racing is only in its second season in the Cup Series, but between both of its drivers, Suárez and Chastain, they have already visited victory lane 3 times in the 2022 season. Suárez, being the first driver from Mexico to win in the Cup Series, seems ready to cruise if he wins the championship this year. He also is excited to help NASCAR fans cruise. “I think everyone has heard of Princess Cruises and dreams of going on a trip somewhere special. I hope we can help a lot of people do that soon.”

Justin Marks, Trackhouse founder and team owner, sees the partnership with Princess Cruises as a testament to the team and spirit of NASCAR. “The biggest and most recognizable companies are seeing the value in Trackhouse Racing, our drivers and the sport of NASCAR. Princess Cruises is a powerful brand and the goal of this partnership is to expose our fans to the wonders of a Princess cruise vacation and provide NASCAR fans a very cool way to travel the globe.”

What about you? Are you a NASCAR fan? Will this entice you to travel Princess Cruises?