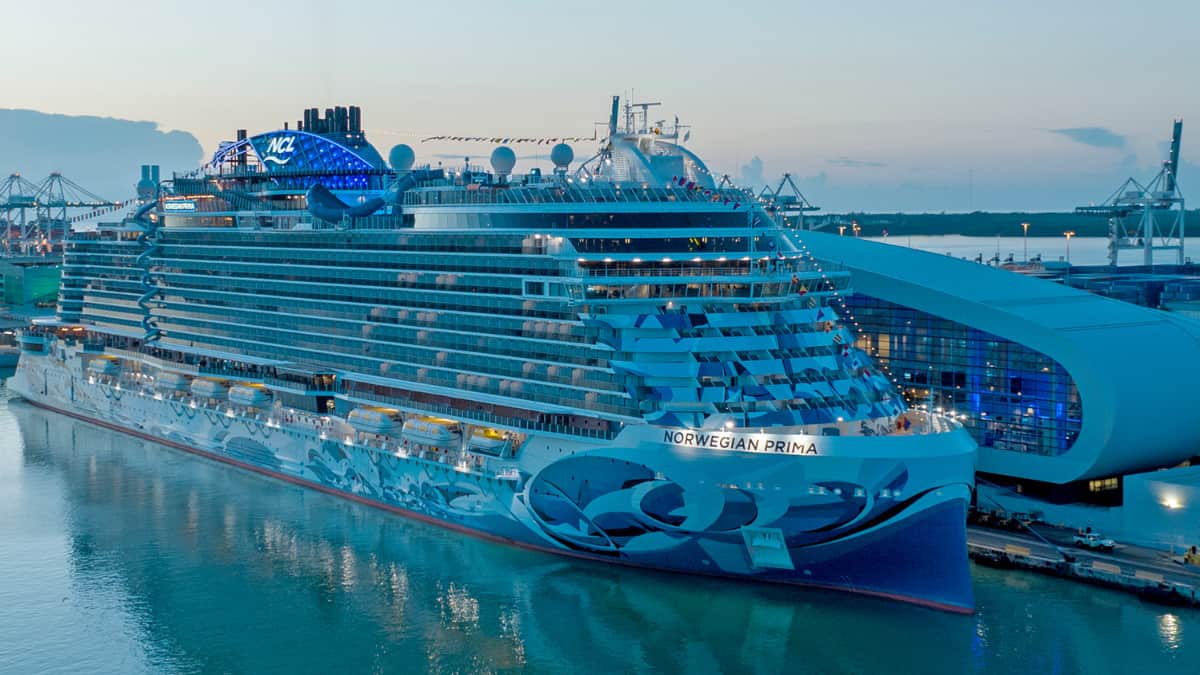 PortMiami welcomed Norwegian Prima to its state of the art terminal where she embarked on the first of two inaugural voyages on November 11.

This comes after Norwegian Prima was christened in Reykjavik, Iceland in August and then made her transatlantic voyage to New York. She sailed from New York on October 6 and then again on October 10.

Norwegian Prima then made her way to Galveston for a five night voyage on October 27. Next was a 11 night voyage that ended in Miami, Florida on November 11.

She departed from PortMiami the same day for the first of two short inaugural sailings that will call on the cruise line’s private island in the Bahamas, Great Stirrup Cay. The island boasts white-sand beaches, a zip line, and an exclusive retreat, Silver Cove.

“There’s nothing like welcoming Norwegian Prima to Miami. I’ve had the pleasure of seeing her come to life at the Fincantieri shipyard in Venice, Italy as well as launching her in style in Iceland. Now, we are showcasing her to our community here in Miami. It’s a dream come true!” —Harry Sommer, Norwegian Cruise Line President and Chief Executive Officer

Norwegian Prima will remain in Florida through March sailing 3 seven-night cruises from Miami before docking in Port Canaveral, her home port for the winter season.  She will then return to New York through May before beginning her transatlantic voyage to Europe for the 2023 summer season.

The Norwegian Prima is the first of five vessels to debut through 2027 that will make up Norwegian’s Prima Class. Norwegian Viva will be the next to debut in 2023.