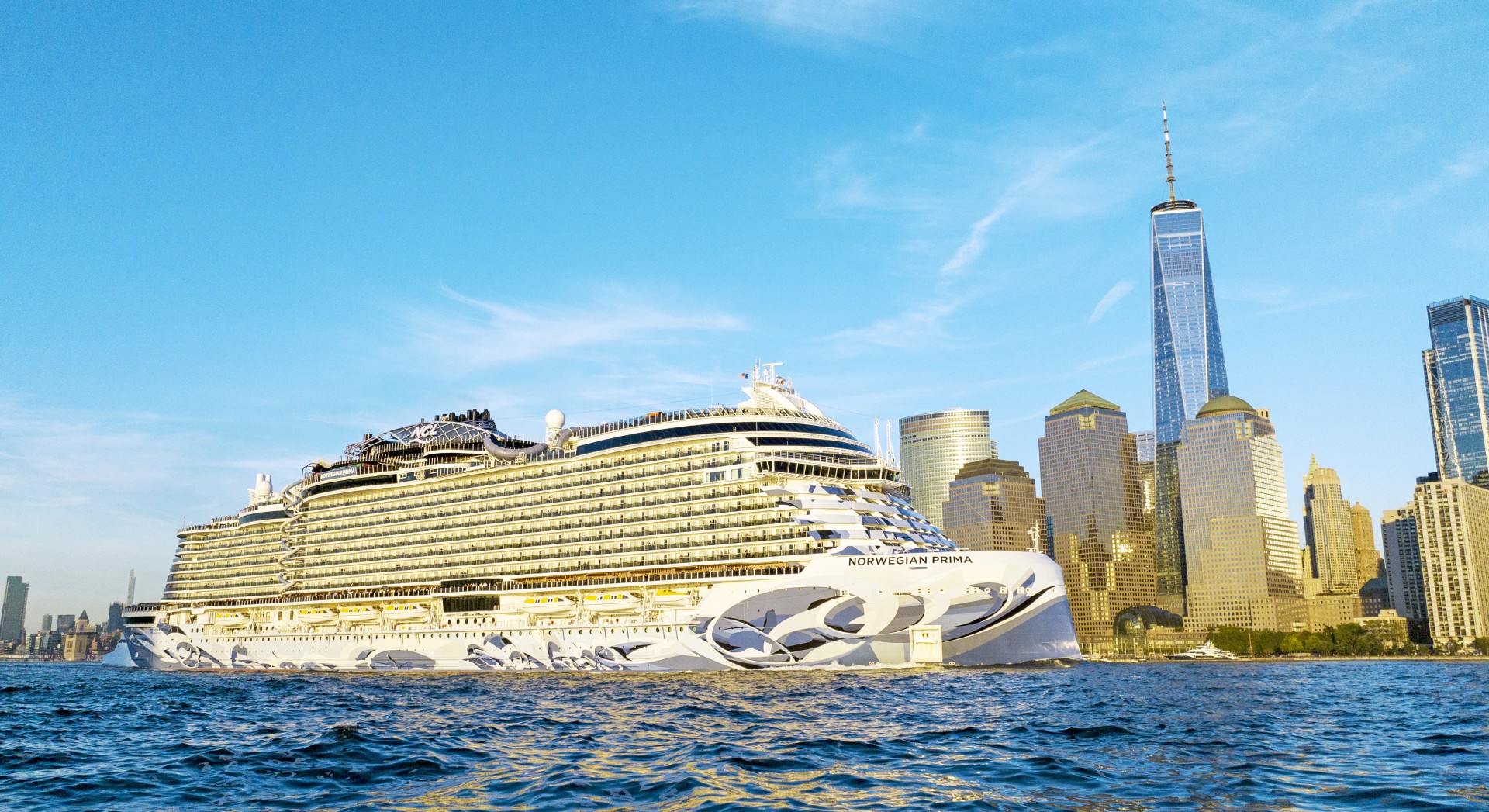 Norwegian Prima made her grand debut in New York City on October 6 after a historic christening in Reykjavik, Iceland. More than 2,400 guests sailed round trip from New York City and enjoyed experiences found only on NCL’s Prima class ships. Some of these experiences include “the world’s only and largest three-level racetrack at sea, the Prima Speedway, the Brand’s first upscale Food Hall, Indulge, and The Metropolitan, the first sustainable cocktail bar featuring responsibly crafted zero-waste cocktails prepared with surplus ingredients.”

Norwegian Cruise Line President and Chief Executive Officer, Harry Sommer, said, “As a native New Yorker this city is dear to me as well as to our Company, where NCL has been sailing from the Big Apple since 1991, so we are thrilled that our newest ship, Norwegian Prima, completed her first U.S. voyage in New York City.”

“We are very excited to show travelers all that Norwegian Prima has to offer, including more wide-open spaces, thoughtful design, and elevated service that will exceed guest expectations.”

This is just the first of six ships expected in NCL’s Prima Class. The ship is considered one of the most luxurious ships in its class. Five more Prima class ships are scheduled to launch in the next five years. First is Norwegian Viva which, after some global supply chain setbacks, is scheduled to debut on a nine-day cruise departing on August 26, 2023, from Civitavecchia, Italy. Another ship is expected to be released each year after that through 2027.

How about you? Will you be sailing the new Norwegian Prima Class anytime soon?