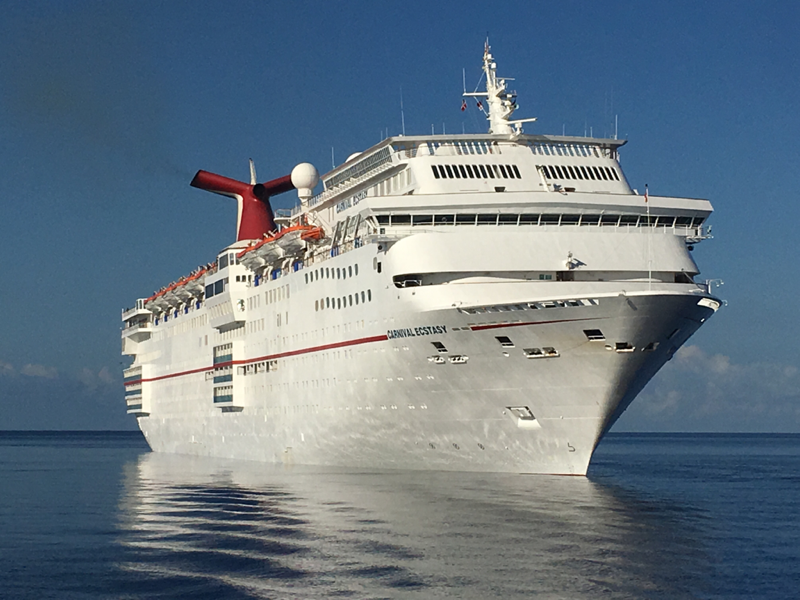 Carnival Ecstasy is departing Mobile, Alabama at 4 p.m. for its last sailing. The sailing is a 5-night roundtrip Western Caribbean voyage that will port in Cozumel and Progreso, Mexico.

There has been much anticipation surrounding the vessel’s retirement and last cruise. Many cruisers that have previously sailed on the Ecstasy have made their way to Mobile, Alabama for the final voyage of the popular, but older ship.

Carnival announced the retirement of the Ecstasy in February and has been making plans for her final voyage since that time. There are a total of 2,251 confirmed guests ready to sail, of which 1,646 of those guests have sailed with Carnival previously.

Carnival Cruise Line brand ambassador, John Heald, will be on board the ship’s last cruise. He was the cruise director for the vessel in 1992 and hasn’t been on the ship since that time.

Heald announced some of the events lined up for the voyage on his Facebook page on October 6.

“I have some special events lined up including a charity auction of some of the ship’s memorabilia, a Q and A session with the Captain and senior officers and other fun events all mixed together with the usual shows and activities the ship’s crew have in store.”

Heald also announced that he would be signing commemorative maps of the final cruise voyage and they would be available to purchase for $4.99 from the photo gallery.

Carnival has had eight Fantasy-class ships, of which they have previously retired five. Fantasy, Fascination, Imagination, Inspiration, and Sensation were all already out of active service and scrapped during the pandemic without fanfare or final voyages.

Some interesting facts about Carnival Ecstasy:

Those who prefer to sail Carnival out of Mobile, Alabama will still have that opportunity beginning October 2023 on Carnival Spirit.

How about you? Are you on the final Ecstasy voyage?