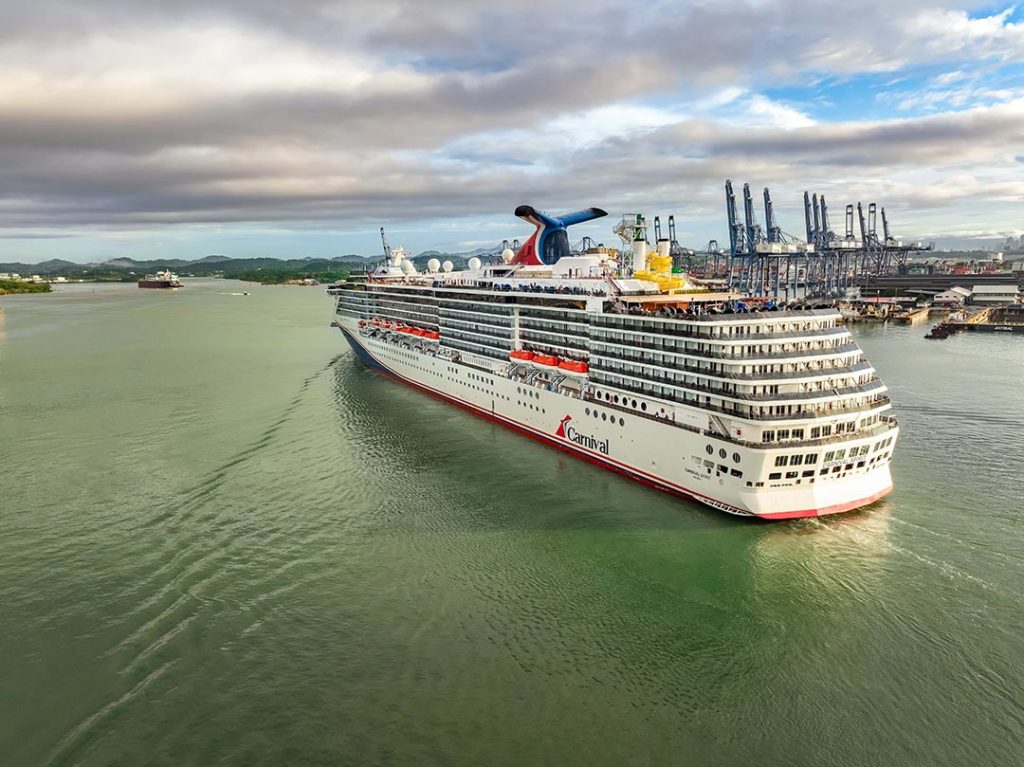 Carnival Cruise Line’s Spirit cruised the Panama Canal to kick off the start of its 2022-23 cruise season.

Between now and May 2023, the number of vessels passing through the Canal will increase with over 200 vessels expected to make the transit. This is 17 more ships that sailed the Canal in 2019. The season began with the Carnival Spirit which was on a 16-day voyage that began on September 20 from Seattle, Washington. The vessel has sailed along the Pacific coastline and made stops in Mexico and Costa Rica. After traversing the Panama Canal, the ship arrived in Miami this morning.

“We anticipate a record number of Neopanamax vessel transits this year, which will help boost Panama’s tourism sector,” said Albano Aguilar, International Trade Specialist at the Panama Canal. “Given our role in international trade, we are thrilled to welcome visitors from around the world to experience the Panama Canal first-hand and to discover what our country has to offer.”

Cruise ships from most major cruise lines are expected to travel through the canal this season including Carnival Cruise Line, Holland America, Princess Cruises, Norwegian Cruise Line, and Royal Caribbean Cruises. The cruise lines will offer itineraries that will feature a complete or partial transit of the Panama Canal. The cruise lines will deploy Neopanamax vessels Norwegian Joy, Celebrity Edge, Caribbean Princess, Emerald Princess, Carnival Freedom, Ruby Princess, Carnival Freedom, and Carnival Glory. There will also be smaller ships like the Viking Star and Seabourn Quest, and others.

The Norwegian Encore is also expected to make the passage as the largest cruise ship this year. The Encore is a 169,116 gross ton Breakaway-Plus class ship and will travel the Canal twice this season.

The Panama Canal is a huge attraction for thousands of cruisers. Cruises through the Canal start from either the Pacific Ocean, near Panama City, or from the Atlantic, in the Caribbean Sea. The journey through the Canal allows guests to see how ships are pulled through the various locks and the ships often stop so cruisers can visit Panama City and Colon.

How about you? Have you sailed the Panama Canal?