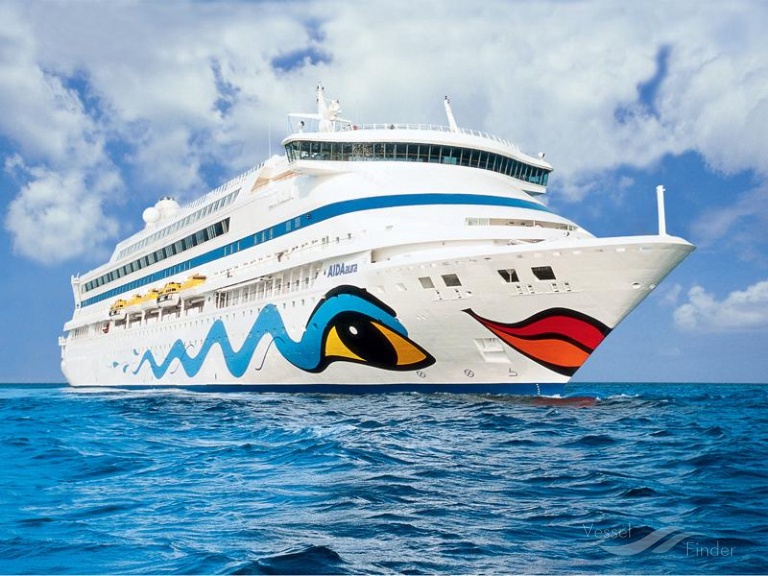 In late December, Carnival announced that three smaller and less-efficient ships across its brand would be sold. Carnival Corporation indicated two of the three ships would be from Costa Cruises but did not identify the third ship at that time.

We now know that AIDAaura, the oldest and smallest of the fleet, will leave AIDA Cruises in September.

AIDAaura debuted in 2003 and over the past twenty years she has welcomed more than 830,000 passengers and completed more than 800 sailings. During her debut season she was the official German Olympic ship during the Summer Games in Athens. Her 800+ cruises included two world cruises, destinations in the Mediterranean, the Caribbean, Central America, the Orient, India, Greenland, Spitsbergen in the Arctic Circle and many more.

AIDA Cruises has announced the ship’s farewell season to begin on January 9. It will be the first of four round trip 14-day voyages to South Africa and Namibia.

On March 6, she will embark on a 27-day cruise from Cape Town, South Africa to Hamburg, Germany. The voyage will include ports in Namibia, Cape Verde, the Canary Islands, Portugal, Spain and England. She will arrive in Germany on April 2.

From Germany she will offer the “Great Norway Round Trip” to the North Vape over Easter. She will also sail two new 7-day voyages from Hamburg to Norway’s fjords and Scotland.

In July and August, AIDAaura will offer 21-day sailings from Hamburg and Bremerhaven and visit ports in Iceland and Greenland. The voyages will include passages along the glacier and icebergs in Prins-Christian-Sund or Disko Bay.