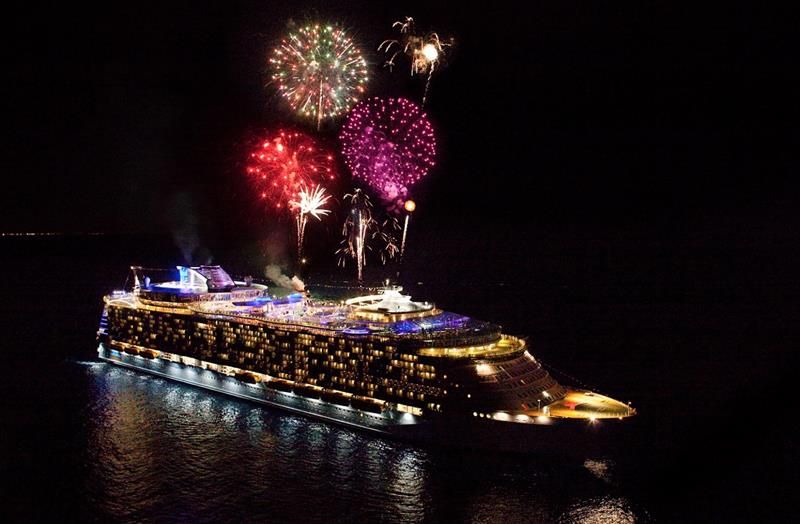 Wow!  So much has transpired in cruising in 2022. Here is just a snippet of all things cruising.

Perhaps the biggest story of the year was the full return of cruising. The CDC dropped its protocols for cruise ships. Cruise ships dropped requirements for vaccinations and testing for almost all cruises. Canada and other countries ended their COVID-19 protocols for international travelers. In other words, cruising is back!

There were numerous ships that entered service in 2022 including P&O Cruises’ Ariva, Disney Wish, and two MSC ships, World Europa and Seascape. Carnival Celebration arrived for Carnival Cruise Line’s 50th birthday and Celebrity Cruises’ Celebrity Beyond entered service and the metaverse. Princess Cruises gave us Discovery Princess while Norwegian Cruise Line debuted its new Prima class in Norwegian Prima. The biggest new cruise ship debut of the year though was Royal Caribbean’s Oasis Class ship, Wonder of the Seas—literally the largest cruise ship in the world.

Hurricane season was brutal this year. Hurricanes Ian, Fiona and Nicole battered Florida and the Caribbean causing delays and cancellations. But the ports were not out for long. Communities worked together tirelessly and cruising is thriving again in the impacted areas.

Booking records were broken by every major cruise line—some more than once this year. Black Friday sales were making waves across the industry!

It seems more rescues at sea are being reported. However, the biggest news story is undoubtedly the gentleman who went overboard the Carnival Valor and after 20 hours was still able to tell his story. What a miracle!

Cruise lines are making more attempts to go green. Royal Caribbean’s new terminal at Galveston was built to be environmentally responsible and to use resources efficiently. More cruise ships are being powered by LNG, a clean-burning fuel, which eliminates particulate matter from the ship’s exhaust for a cleaner environment.

Carnival Cruise Line made headlines more than once but not always in a positive way. There were fights on multiple ships and young people running amuck. Curfews were set for those under 17 and the Code of Conduct had to be updated.

All in all, it has been a great year in cruising and it’s ending with a bang. Carnival Cruise Line’s President, Christine Duffy, will be in Times Square inviting everyone to “Choose Fun Together.”  She and Carnival’s new Chief Culinary Officer, Emeril Lagasse, will be on hand to flip the switch that lights the famous New Year’s Ball.

From all of us at La Lido Loca, we wish you a very Happy New Year and a fantastic year of ca-roo-zing (insert jazz hands here).