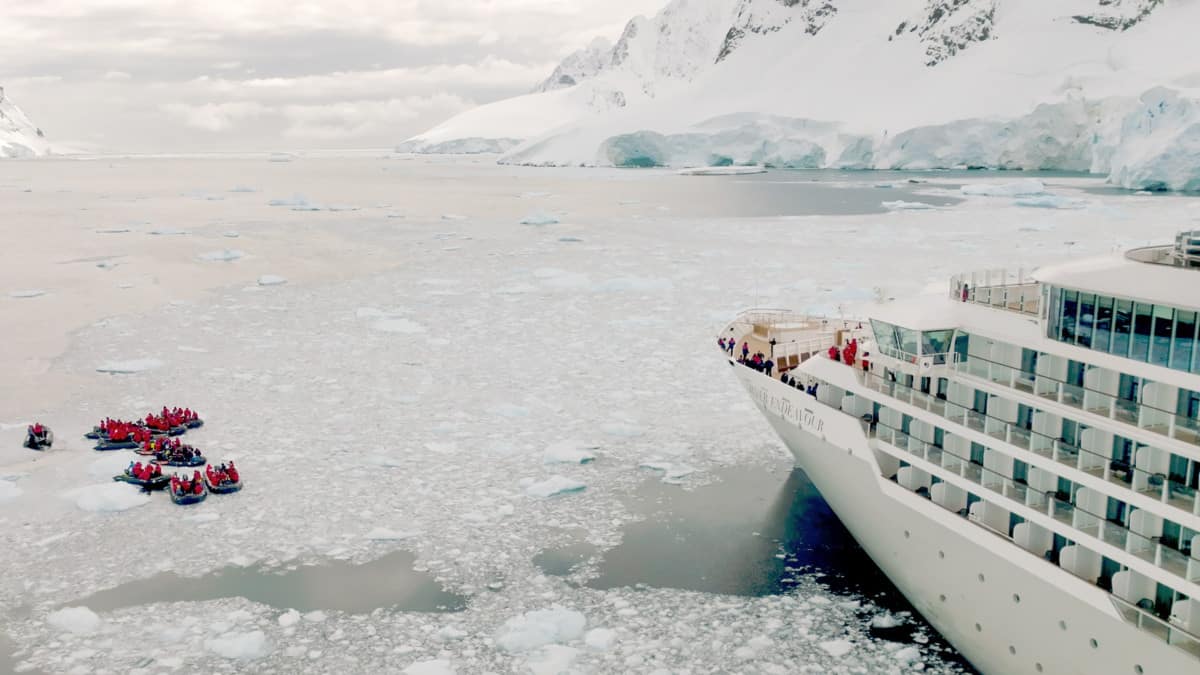 The ceremony actually began on November 15,2022 when the traditional blessing ceremony was held in Chile. The festivities also included the traditional bagpipe performance, singing of the Chilean and American national anthems, and the introduction of the ship’s godmother, Felicity Aston.

Fittingly, Aston is a British explorer, climate scientist, and the first woman to ski solo across the Antarctic. Roberto Martinoli, President and CEO of Silversea Cruises called her “a source of great inspiration for our guests.”

Aston said, “Being among the first to sail aboard Silver Endeavour, naming the ship in the company of such esteemed guests, and assuming the role of Godmother makes me incredibly proud. Today, exploration is not only about geographical discovery; it is also about finding new ideas, new inspiration, and new perspectives. Silver Endeavour will allow more people to become explorers and return home with new outlooks. She will be a source of self-enrichment, as people connect with the planet and each other. Fair winds and following seas to all those who sail on her.”

The official christening was held on Saturday, November 19, 2022. Felicity Aston alongside captain Niklas Peterstam blessed Silver Endeavour as she sat in the iceberg-filled Lemaire Channel just off the mainland. The Lemaire Channel is a popular destination known for its scenic, beautiful views.

Silversea Cruises executives, crew and industry partners lined the channel in Zodiac boats. In order to preserve the environment, an ice-sculpted, magnum-sized bottle was used to smash against the hull, instead of glass.

Silver Endeavour is the third ship to be named for Silversea Cruises in the past nine months bringing its fleet to eleven ships.

Those who choose to cruise on Silver Endeavour will enjoy a one-to-one crew- to-guest ratio and butler service for every suite.