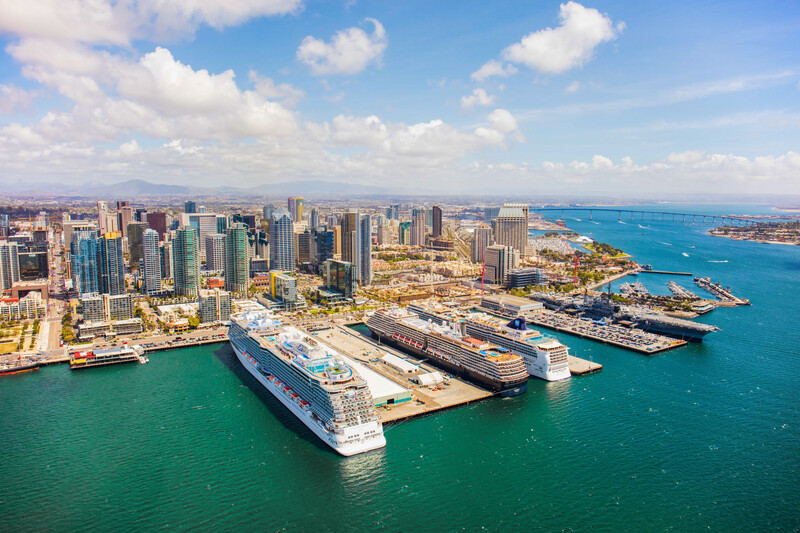 Port of San Diego is Ready for a Busy Cruise Season

Today marks the first day of the cruise season for 2022 for the Port of San Diego.

The port, which is the 3rd largest port in California, is expecting this season to be its busiest since 2010 with a 45% increase over last year. There will be 140 cruise calls and 460,000 passengers..

“The Port of San Diego’s cruise business is definitely experiencing a rebound and we expect continued growth,” Port of San Diego Chairman Dan Malcolm said. “We’re pleased to be welcoming our cruise customers back to San Diego and to share how wonderful our port is to our cruise passengers. This season’s business will be a great boost to our regional economy.”

The Silversea Cruises’ Star Breeze begins the season with a 13-day voyage cruising to Papeete, Tahiti. The next sailing is the Disney Wonder on September 23. Disney Cruise Line is also increasing its sailings from San Diego to 51 per season. Princess Cruises is home-porting at San Diego for the first time and will have 13 sailings this season.

Itineraries include the Mexican Riviera, the Panama Canal, the California Coast, and Hawaii. And if you’re up for it, there is also a 20-day Mexican Riviera and Central America cruise, a 25-day Pacific crossing to Japan, and a 35-day voyage to Hawaii, Tahiti, and the Marquesas.

The Port of San Diego has two cruise terminals located on B Street and Broadway piers on the North Embarcadero in downtown. The terminals offer easy access to downtown attractions, hotels and restaurants. They are also close to historic neighborhoods like Little Italy and the Gaslamp Quarter.

Renovations are currently underway at the B Street Cruise Ship terminal. They are installing a new curtain wall to extend the life and stability of the pier structure, and shore power capacity is being doubled. The port will begin connecting two cruise ships

How about you? Have you sailed from the Port of San Diego?