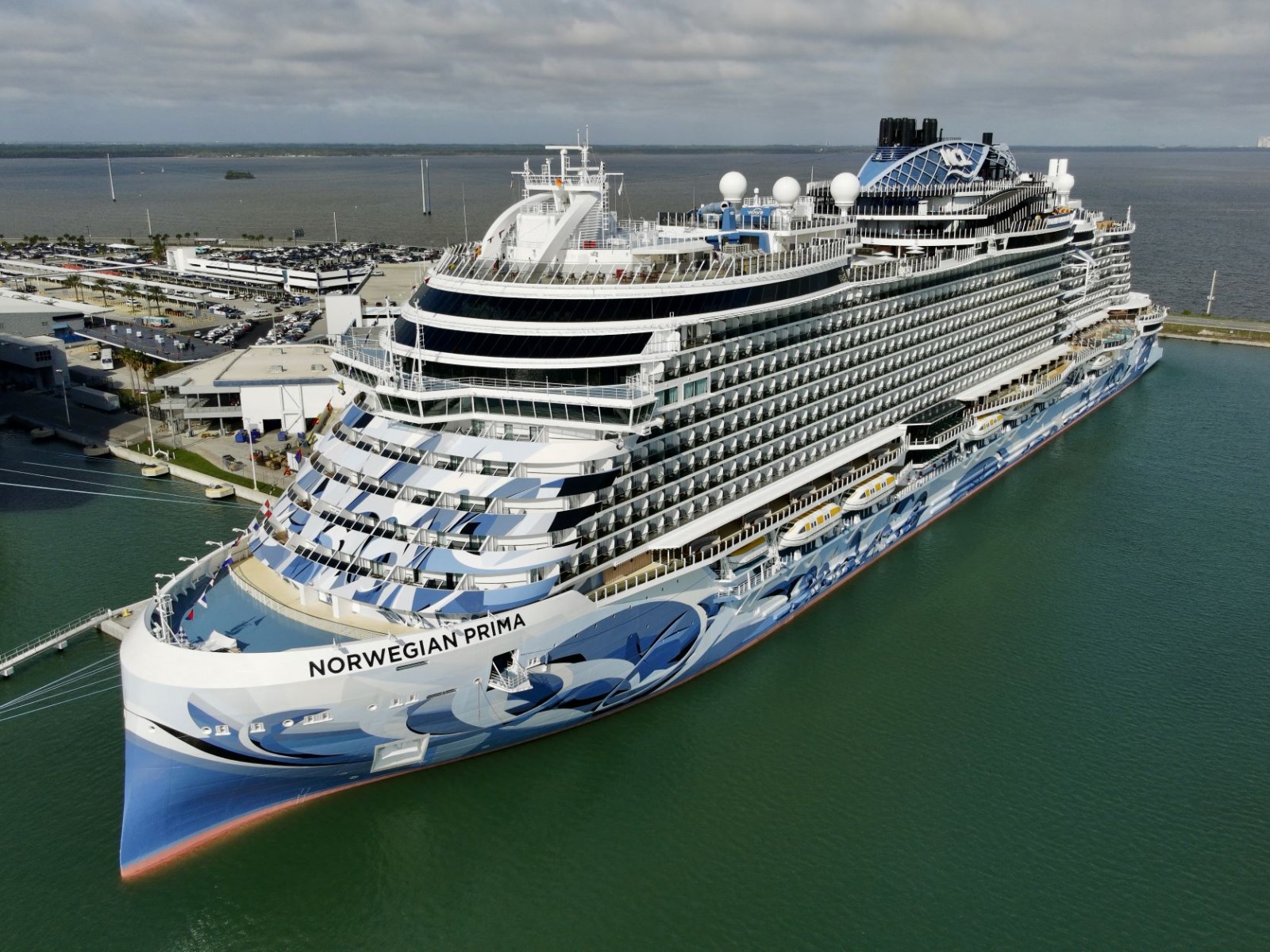 Norwegian Prima embarked from Port Canaveral for the first time on Sunday, December 11. She is sailing round-trip Caribbean cruises through March 2023. Calls will include Mexico, Jamaica, Honduras, and NCL’s private islands, Harvest Caye in Belize and Great Stirrup Cay in the Bahamas.

“We are thrilled to bring our newest ship, Norwegian Prima, to Port Canaveral with the opportunity to introduce her to the tens of millions of travelers that visit the Orlando area every year,” said Harry Sommer, president and chief executive officer of Norwegian Cruise Line. “The city offers the ultimate family vacation destination, given its accessibility to attractions, the cruise port and easy airlift from almost anywhere in the world. There is fun for everyone, making it one of the best pre-and-post cruise cities.”

Not only is Port Canaveral welcoming Norwegian Prima this year, but also Norwegian Escape, Norwegian Getaway, Norwegian Joy, and Norwegian Gem, which is more NCL ships than ever before.

“We are thrilled to welcome home Norwegian Prima to Port Canaveral, the first ship in an all-new class for Norwegian Cruise Line,” stated Port CEO, Captain John Murray. “We have a great partnership with NCLH and this important decision to homeport their newest, most innovative ship at our port underscores our commitment to support the expectations of our valued cruise partners.”

Norwegian Prima is the first of six ships in Norwegian Cruise Line’s Prima Class. She includes nine new dining and drink options with cuisines from around the world. She features the Prima Theater & Club, a three-story transformational theater-nightclub. She also boasts of the industry’s only three-level racetrack, the Prima Speedway, the industry’s first sustainable cocktail bar with Metropolitan bar, and the fastest slides at sea, The Drop and Rush.