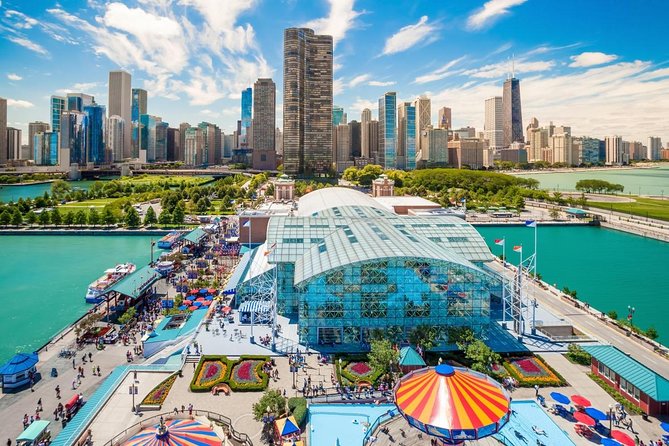 Chicago’s tourism industry leaders are pushing for cruise ships to sail through the Windy City.

Yesterday, September 6, those connected to Chicago’s tourism industry were sipping champagne and taking pictures aboard the deck of a cruise ship at Navy Pier. The event was held on American Queen Voyages’ Ocean Voyager which brought travel agents and influencers onboard in an effort to boost Chicago’s budding cruise industry. Chicago is hoping they will see and promote their city worldwide as a cruise city.

“We have this wonderful asset called the Great Lakes and we really do want to sell that worldwide. When you think about this great body of water, you know, to heck with it, people shouldn’t be traveling on the Rhine. They should be coming over to Chicago,” said Lynn Osmond, President and CEO of Choose Chicago.

The Ocean Voyager holds about 200 passengers and one of its nine itineraries travels from Chicago to Toronto stopping at 9 ports over 11 days. Some of the stops include Mackinac Island, Detroit and Niagara Falls. The sailings that include Chicago offer tours of the city which means revenue for the city.

American Queen Voyages is currently the only cruise line to dock in downtown Chicago and tours the Great Lakes with both the Ocean Voyager and the Ocean Navigator. While summer sailings that include Chicago are ending this month, they will begin again in the spring showing off great views of Chicago and all five Great Lakes.

Bill Annand, VP of Marine Operations for American Queen Voyages said, “I’m born and raised in the Great Lakes area. There used to be cruise vessels around the Great Lakes before the development of the highway system. So, it’s great to get cruising back, and it really lets people discover what’s really in their backyard.”

How about you? How does a tour of the Great Lakes including Chicago as a destination sound to you?