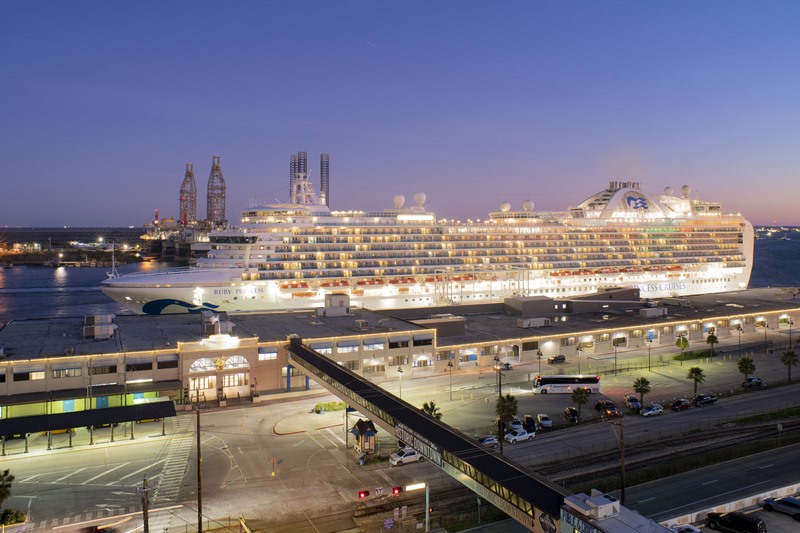 Ruby Princess is Back in Galveston

The Ruby Princess departed from Galveston, Texas on Sunday for the first time in six years.

Sunday’s embarkation was the first of sixteen sailings from Galveston for the Ruby Princess. She is expected to carry more than 50,000 passengers during the winter and spring season.

“Galveston is an important port for Princess Cruises, and provides an exciting and easy-to-reach option for millions of people living in the southwestern U.S. to enjoy Princess Cruises’ amazing vacation experience,” said John Padgett, Princess President. “We appreciate the support of the Port of Galveston and the greater Galveston community for helping make this day possible.”

Another Rescue at Sea

Royal Caribbean’s Symphony of the Seas rescued 22 refugees on Thursday.

The ship was sailing from Cozumel to CocoCay when the overcrowded craft was spotted. The cruise ship sent out a small craft and found the makeshift craft taking on water.

The 22 refugees, which included at least one woman and a child, were rescued and taken onto Symphony of the Seas where they received food, water and medical attention. They were transferred to the Coast Guard authorities a short time later.

Ariva, P&O Cruises’ newest ship, reached its homeport destination of Southampton on Sunday. Her maiden voyage to the Canary Islands will begin on Friday.

P&O Cruises president, Paul Ludlow, said, “It was a truly remarkable moment as, after the years of design and build, Arvia arrived in Southampton ahead of the maiden voyage and then departure for the Caribbean season.”

During her 15-day maiden voyage, Ariva will visit Spain, Portugal, and the Canary Islands before returning to Southampton.