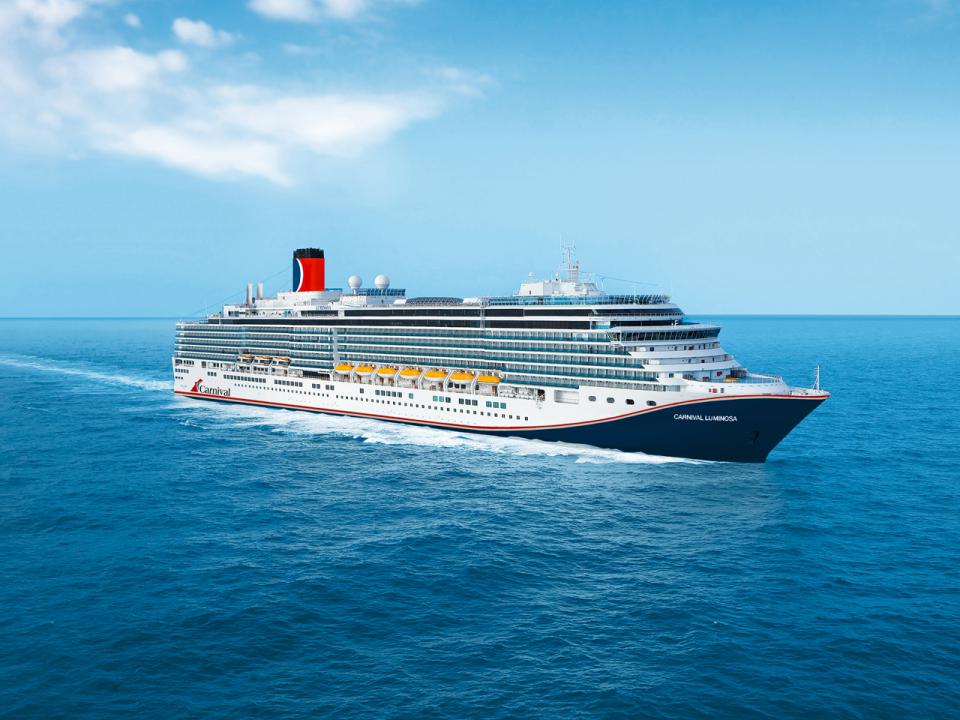 A Look at Carnival Luminosa

Carnival Luminosa, formerly Costa Luminosa, is making her way to Brisbane, Australia. She will arrive later this month and port until her maiden voyage on November 6.

She will depart Brisbane on a 7-night Great Barrier Reef cruise that will include 2 sea days and ports in Airlie Beach, Cairns, Port Douglas, and Willis Island.

The Costa Luminosa has been reimagined as the Carnival Luminosa offering Carnival’s “Fun Ship” experiences but holding onto her Italian character.

“While Carnival Luminosa will feel like a Carnival ship through and through with our signature service and offerings, the ship will offer her own unique features that our guests are going to love,” said Christine Duffy, president of Carnival Cruise Line.

The Costa Luminosa went through a significant renovation to revitalize the ship and include Carnival venues, such as The Punchliner Comedy Club, Limelight Lounge, Piano Bar 88, Serenity Retreat and more.

Her hull received Carnival’s livery colors but the ship has retained its Italian elegance. Some of that elegance includes 120 Murano glass light fixtures and chandeliers, a sunset deck bar, a spa covering two decks, and the two-deck-high sliding sky dome over the pool deck. However, some dining venues have been added like Fahrenheit 555 Steakhouse, Chef’s Table and Sushi Express.

There is one iconic item that remains in the ship’s 10-deck-high atrium. A sculpture, “Reclining Woman 2004,” which was commissioned for Costa Luminosa from Colombian artist Fernando Botero, serves as a good luck charm to the ship, the crew and the cruisers. The sculpture is more than 11 feet long, weighs nearly 2000 pounds, and portrays a female figure daydreaming in a reclining position.

After her maiden voyage, Carnival Luminosa will sail multiple 3-11 night Australian itineraries during the Down Under summer season. She will call on ports in New Caledonia, Vanuatu, Papua New Guinea, Fiji, and New Zealand.

At the end of the Down Under summer season, Carnival Luminosa will sail a transpacific itinerary. She will leave Brisbane on April 13, 2023, following a 22-night itinerary visiting ports in New Caledonia, Fiji, Tahiti, and Hawaii before arriving in Seattle on May 4, 2023. There she will begin the 2023 Alaska season.

Look for more Costa ships to join the Carnival fleet in the next couple of years.

How about you? Will you cruise the new Carnival Luminosa?