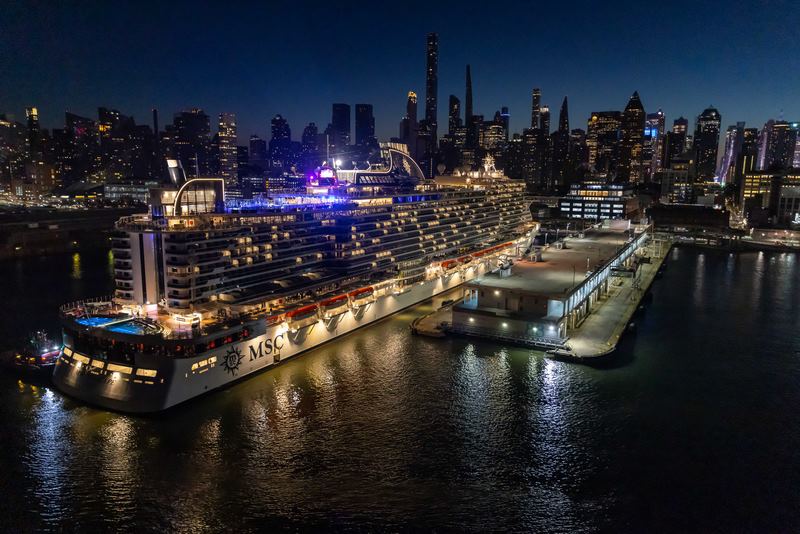 A Little This and That Cruise News

Two big cruise lines have made inaugural calls to Dominica.

Royal Caribbean’s Rhapsody of the Seas and Silversea’s Silver Moon both ported in Dominica for the first time on Friday, December 2, making them the third and fourth ships to make inaugural calls this season. Government officials boarded each ship and held the traditional plaque exchange ceremony to mark the occasion.

The port of Dominica is scheduled to receive 51 cruise calls in the month of December.

Interested in a 33-day Mediterranean cruise? Oceania Cruises has announced a Grand Voyage cruise itinerary for 2023.

Departing October 11, 2023, the Mediterranean Connection sailing on Marina will sail from Venice to Barcelona and will call on 28 ports throughout the Eastern Mediterranean and Holy Lands.

“With demand continuing to increase for longer and more destination-immersive voyages, we are thrilled to reveal this new itinerary offering experiences in both iconic and off-the-beaten-path ports of call in a corner of the world with rich history and cultural wonders,” stated Howard Sherman, the president and CEO of Oceania Cruises.

Some highlights of this Grand Voyage include: 28 ports with no ports repeated, visiting 10 different countries, and an overnight stay in Istanbul.

And some exciting news from MSC Cruises.

MSC Seascape’s star-studded naming ceremony will take place Wednesday, December 7, at the Manhattan Cruise Terminal. This will be the first naming ceremony for an MSC cruise ship in New York City and highlights MSC Cruises’ port expansion in New York.

After her naming ceremony, the MSC Seascape will depart from New York and set sail for Miami on December 8 where she will begin her sailing season with voyages in the Eastern and Western Caribbean.